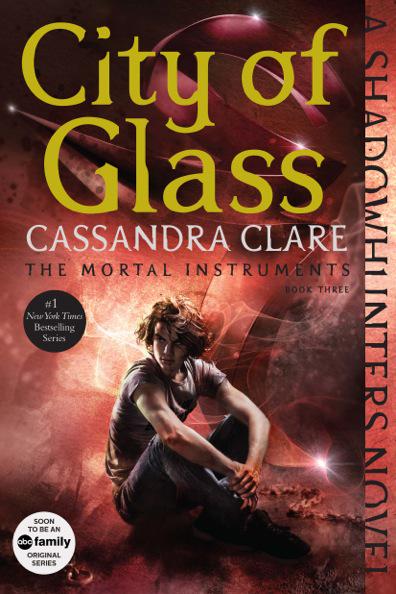 Clary finally has a lead on a cure for her mother’s mysterious condition, one that leads her to the infamous capital city of the Shadowhunters: Idris, the City of Glass. Only problem is, entering the city alone is dangerous. To make matters worse, Jace doesn’t want her there, and Simon has been imprisoned by the Shadowhunters due to his ability to walk in the daylight. With Valentine arming a force of his own, Clary and her friends have limited time to unite the Shadowhunters and the Downworlders forever, or risk being utterly destroyed.

Well, I don’t know blog Fam… I’ve finished, but I wasn’t totally blown away like I wanted to be.

Lets start by highlighting what I thought the strengths of the story were:
I still love the world in this series so much. I am in! I really enjoyed the change of scenery in this book as Clare sort of opened up the world a bit, and expanded it outside of New York. Idris sounded beautiful and I had great fun picturing it while reading.

Also, comparing the characters here to their portrayals from the first book, it’s undeniable that they have grown. Clary is wiser and more realistic, especially about the men in her life. Isabelle is easier to empathize with her. Alec and Simon both become more confident and strong. Truth be told, I think next to Jace, I enjoyed their characters arcs the most.

Jace, who I had issues with in books 1 and 2 felt like a much more compelling character here. He’s sort of a tortured soul for many reasons and by unlocking his backstory he became way more bearable.

Sebastian was also a really great addition here. He spiced things up in a much needed way, although I wish his role had been even bigger than it ended up being.

That all being said, it wasn’t all sun and roses for me.

The angst in particular was killing me here. After three books worth of will-they/won’t-they, I was straight up getting annoyed with the romantic pairing. Even when things are effectively solved for our two romantic leads, there’s still another 30 pages of both the characters being angst ridden before they finally decide to be together. It just was too much for me.

Valentine just wasn’t doing it for me. After three books of speechifying and boasting about the purity of the Shadowhunters, he mostly bored me. The final showdown with him left a lot to be desired. I particularly disliked how both Clary and Jace were made so passive in the final confrontation. I think a much more compelling story could have been told if Clare had really committed to the secondary villain she introduces in this novel and made him the true big bad.

Also, am I alone in hating the love triangle between Simon, Maia and Isabelle? Frankly, I wanted more of Maia as a character, and she really only appears in brief cameos to establish that Simon is more attractive now that he’s a vampire than he was when he was a mortal 16 year old boy.

All in all, it wasn’t terrible, but I think I’m maybe just a tad too old for this book. I am willing to bet that if I had read this a handful of years ago, when I was less discerning a reader, I would have loved every bit of it.

One thought on “City of Glass”