This is the Top 5 Wednesday topic that will finally reveal what a nerd I am – if you haven’t already noticed it by now that is!

I used to be really into gaming a few years ago. When I was in high school, I worked in a gaming store, and I was pretty obsessed with buying the latest and greatest games. Kind of like how I am now, with books. Funny how that works… Anyway, when I realized that an awful lot of my free time had been going to gaming and I was seriously shirking reading, it was like the spell had been broken.

That passion I used to have for it kind of faded. I suppose college swallowing up a lot of my free time helped too! It feels like such a chore to drag out any of my gaming systems and boot a game up now. I’d much rather spend those loading screens lost in a book. But every so often, I do think to myself: “this book would make a GREAT video game!”

So yeah, this topic is pretty cool.

by Amie Kaufman and Jay Kristoff 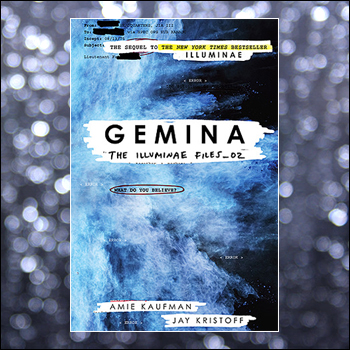 It feels strange to pick this one over Illuminae, and really I think a video game set inside this universe would be amazing, but I think Gemina really had the edge in terms of a story that would translate into a video game. You’ve got military-grade bounty hunters to contend with, and an even deadlier force to be wary of as you make your way through Heimdall Station. I envision a sort of first-person shooter type game, mixed with the stealthier bits of Alien: Isolation. That would be amazing!

“What’s that,” you say? “A Peter Pan retelling, made into a video game? It can’t be done!” Oh contraire, my friend. This particular retelling has all of the makings to be a great video game! For one, the dark-fantasy setting that Brom created here would translate amazingly into video game graphics. His version of Neverland is dark, dangerous, and absolutely dripping with atmosphere. Not to mention that the plot and setting immediately lends itself to an “good guys vs. the bad guys” sort of chemistry that you absolutely need in a video game. And it’s more than just lost boys against pirates, it’s a full-scale war with swords and shields against a number of dark forces. Plus, Brom is already an artist. Base the creature-designs off of his artwork included in the book, and you’ve got yourself a game! 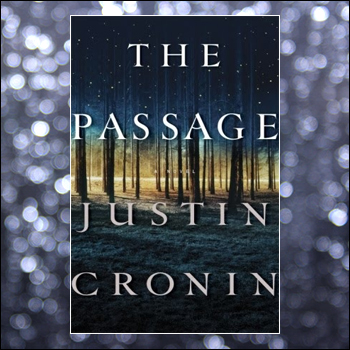 Oh man, I can totally see how easily this game would fit into the Fallout or The Last of Us universes. You’ve got all the makings for a really emotional story, especially if you followed the storylines of a few of the major characters from the book! Plus, the whole post-apocalyptic, super-human vampire threat would make for some incredibly engaging gameplay. This would actually translate really well into an open-world, sandbox game. where it’s totally possible to explore a humoungous map, but you should probably carry some food to heal with, and expect to be killed by a swarm of baddies way over your own level at least a couple dozen times. Plus, there’s all sorts of things they could do with daytime and nighttime mechanics.

I’ve seen a lot of people listing The Hunger Games in their lists this week, but I wanted to go for a varient and chose Red Rising instead. I think I really just prefer the Martian setting in this book over the dystopian blah we’re so oversaturated with from THG at the moment. It’s not that I don’t love that series – because I do!- but I think that we’ve all about had our fill of it. A game based off of Brown’s novel could really get to explore a lot. You’ve got the whole city under the surface of Mars to toy around with too. Getting to play as Darrow, working as a HellDiver sounds kind of epic, not going to lie. Or, you could expand it even further and create your own character from any of the societies in the game.

Also, I think that the fights would be a bit more dynamic in a game based off of this series.

{The Way of Kings}

Who the heck doesn’t want to see a video game based off of a Brandon Sanderson novel? His stories are wildly inventive! Even the settings of his stories are unique in appearance. He takes so much time, and such care with designing the world that his characters live in. The Way of Kings is filled with artistic drawings of plants and animals that could easily translate into a video game. It’s those sort of details that make a video game world feel reach and lived in. Not to mention, there’s so much going on in the plot that would lend itself to a video game!

You’ve got armies warring for control of specific areas that would give them power. You’ve got the ability to upgrade armor into Shardplate and kick some serious butt if you’re willing to grind a bit; and of course you’ve got huge beasts that need slaying that crop up from time to time too. There’s so many directions the story could go. I’d imagine it being a large-scale, open-world game much like The Witcher.

What do you think about my choices? Are you a fan of video games? How do you find the time to game, read and blog you beautiful unicorn?!

12 thoughts on “{Top 5} Books That Would Make Great Video Games!”