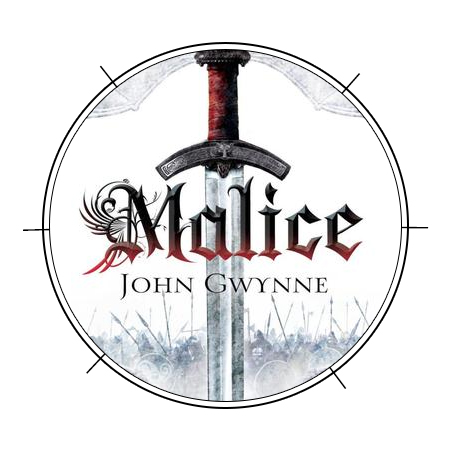 The world is broken… and it can never be made whole again.

Told through shifting POVs from chapter-to-chapter, Malice is a dark epic fantasy about ambition, greed and the depths of betrayal.

Corban wants nothing more than to be a warrior under King Brenin’s rule – to protect and serve. But that day will come all too soon. And the price he pays will be in blood.

Evnis has sacrificed – too much it seems. But what he wants – the power to rule — will soon be in his grasp. And nothing will stop him once he has started on his path.

Veradis is the newest member of the warband for the High Prince, Nathair. He is one of the most skilled swordsman to come out of his homeland, yet he is always under the shadow of his older brother.

Nathair has ideas – and a lot of plans. Many of them don’t involve his father, the High King Aquilus. Nor does he agree with his father’s idea to summon his fellow kings to council.

The Banished Lands has a violent past where armies of men and giants clashed in battle, but now giants are seen, the stones weep blood and giant wyrms are stirring. Those who can still read the signs see a threat far greater than the ancient wars. For if the Black Sun gains ascendancy, mankind’s hopes and dreams will fall to dust…

*This is my second read through of this book, but I’ve re-written my review to better capture my thoughts on the story.

This book was just as awesome as I remembered it. It still amazes me that this is a debut novel. The character growth alone over the course of the story is enough to really set this one apart. I love watching all my little favorites grow and mature as they get pulled into the rapidly unfolding events of the plot. You can tell this was a story crafted with love and a lot of planning.

This is epic fantasy done right, and fans of the genre are sure to love this. For those unfamiliar, epic fantasy requires a bit of a commitment on the reader’s part. There are a lot of locations to familiarize yourself with, and even more characters, as well as a shifting POV narrative style – but trust me when I say that it is worth the effort here! John Gwynne has created an intricately crafted tapestry of character, setting and plot, and it becomes immensely satisfying when you start seeing those threads drawing together.

This book is filled with two types of characters: those you love, and those you love to hate. But regardless of what side your favorite character falls on – or what blade they fall upon – it’s impossible not to appreciate the level of care that went into their characterization. There is a considerable amount of time spent at the start of this novel slowly introducing plot elements in the midst of otherwise ordinary moments in characters lives. It’s such a lovely way of getting to know the central figures of the story, and it makes you appreciate the people they become so much more.

Regardless of what character we’re seeing events through, their views of events feel fresh and colored by their unique perspective, giving each character a considerably different – and understandable – view of the world from one another.

The world-building and history of the Banished Lands within the pages of this book are top notch. As with any fantasy novel, there’s a grace period at the start where you have to familiarize yourself with the basic rules of the world, but once you’ve made sense of it Gwynne changes tack to focus on the characters. The setting becomes a gorgeous backdrop for character growth. The world feels lush and lived in, and full of magic but it’s never overwhelming and difficult to understand.

Another thing I really appreciated here was that Gwynne chooses to skip over all of the traveling scenes, getting characters from Point A to Point B extraordinarily quickly. So instead of this:

We get more of this:

Especially in the last the last few hundred pages when it becomes difficult to even consider putting to book down. I was busy with Easter and going into final exams at school, but you can bet I was carrying this tome around with me and reading it during every single spare moment I had!

Overall, I can’t say enough good things about it. I loved this book the first time I read it, and I still love it today. I’m so excited to be moving into fresh territory and finishing out these characters journeys now that I’m nearing the end of school and will have the time to commit to it!

Side note from me: Sorry I was AWOL over the weekend. Easter was crazy for my family. Lots of celebrations going on so I was focused on reading more than blogging in my free time. I might be a bit quiet this week too as I’ve got to study for finals, but I promise I’ll be back in top shape soon, if you’ll stick with me! 😉