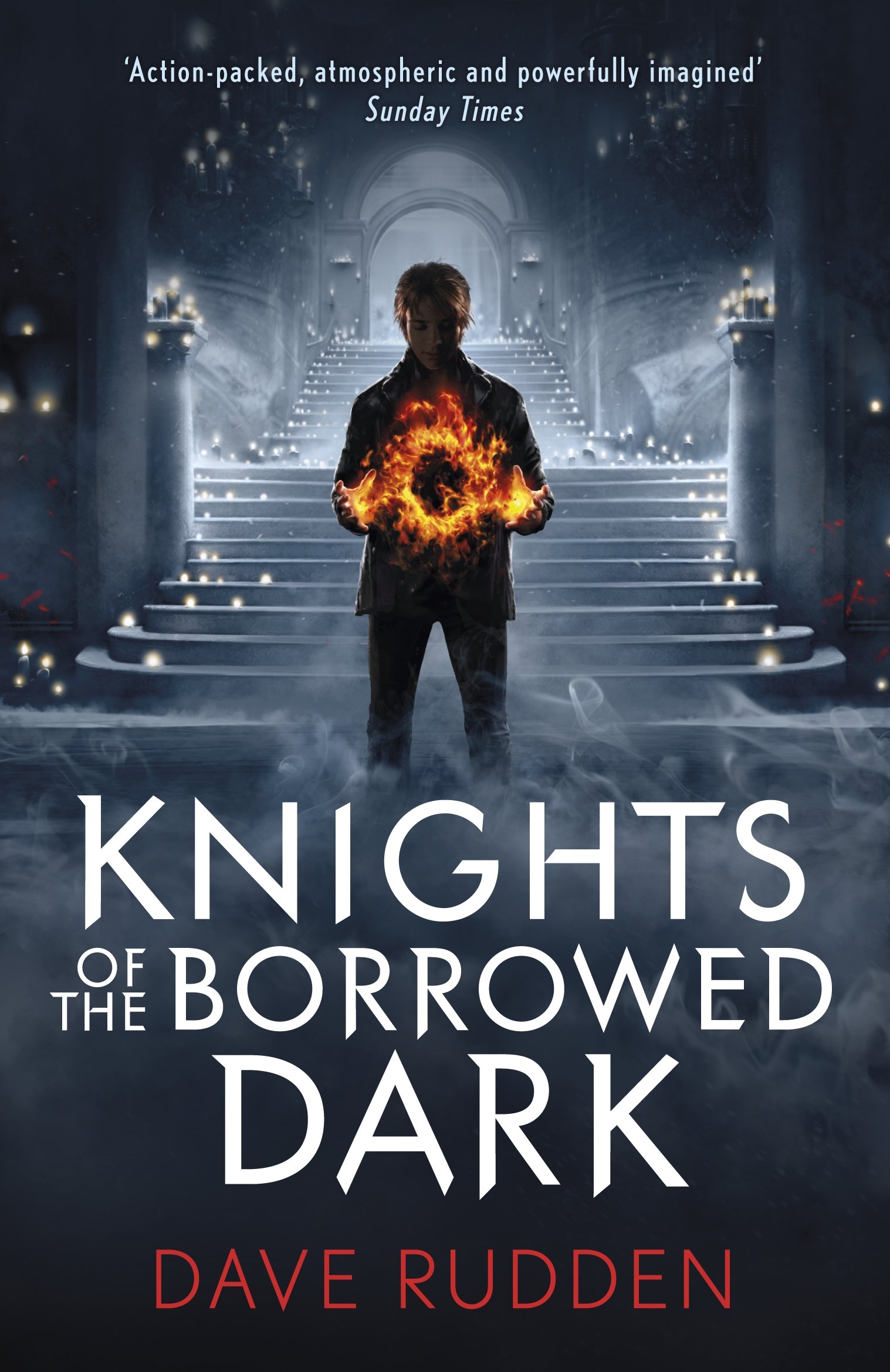 Knights of the Borrowed Dark

Just when Denizen Hardwick was growing resigned to spending his entire childhood in Crosscaper orphanage, a strange man arrives with promises of introducing Denizen to a long lost aunt and an entirely new life. When they’re attacked by a creature of made of shadow on the journey to his new home, Denizen’s view of the world is shattered. Monsters are real, and so is the Order of Knights that fight them. As Denizen learns more about the Order, and his unexpected connection to it he must make a choice: join the order and foresake any chance at a normal life, or leave, and risk allowing the Earth to plunge into perpetual darkness.

One thing you might not know about me, is that I have a strange obsession with dark fantasy, and eldritch horror mythology. So when I came across a deal on Netgalley from Puffin for the first two books in this series, I just knew from the plot summary that I had to give requesting it a shot. Imagine my delight when I found out I was approved!

I know some people take issue with the use of tropes, but there are a few times that I think the tried and true formula really works. For a Middle Grade story especially, the idea of a downtrodden child becoming caught up in the magical and fantastic is easy to relate to, and exciting. Not to mention, I feel like the creativity alone on Rudden’s part really sets this one apart from a lot of the other standard offerings in the genre.

One of the last places I expected find a story about eldritch horrors in the same vein as Lovecraft was in a Middle Grade novel, but because it’s so unique to the genre it becomes that much more compelling. Rudden is a master at creating unique creatures to fill his universe with. There are monsters galore, and each of them are totally unique and just a little bit horrifying.

I will say though that part of me is hesitant about lauding this as a total victory of the novel though, because I sometimes think it veers a bit too deeply into disturbing territory. I think if I were to introduce a child to this series, I would make sure that they were in their teens and equipped to handle when things get just a little bit scary.

Another aspect of this that impressed me was the prose. I feel like Middle Grade prose often becomes a bit too reliant on telling over showing, but Rudden’s prose is carefully and beautifully executed. He’s clearly a very skilled writer. His prose isn’t too flowery, but I do wonder if it’s slightly overwritten for its audience at times. That being said, while it might pose a bit of a challenge to younger tweens, I think they might appreciate the challenge here as they explore all the interesting locations and characters this book has to offer.

We have to talk about the characters too. While I’m admittedly not the biggest fan of Denizen’s name, I appreciate how well written he is. Rudden doesn’t shy away from exhibiting his flaws. He’s angry, (rightfully so) and cynical of the things happening around him, and it totally makes sense. The other knights are all extremely memorable characters both in name and characterization. I particularly enjoyed Grey and Fuller Jack. ❤

Make no mistake though. This is really dark and it probably isn’t going to be for everybody, or every child. I’m faulting it one full star both due to the prose being slightly overwritten for the genre, but also because I think at times it forgets that it’s a story for tweens and gets just slightly too disturbing. That being said, I’m excited to start diving into the sequel starting tomorrow!

Thank you to Netgalley, and Penguin Random House UK Children’s Puffin for an ARC of this book in exchange for an honest review!

What’s your favorite Middle Grade series? How do you feel about dark content in stories written for children or a younger audience in general? What’s another extremely creative series you’ve read?