This is a bit of a special post this month, as a few of the books I am planning to read this month are actually books I still need to write up a book haul post for. So I figured I’d include those here in a sort of “mini-haul” and you guys and gals can look for my major book haul *because there’s a LOT of them later this week!

Here are the books I’m most looking forward to reading this month.

The second in the Falling Kingdoms series. Auranos is in chaos after having been conquered. Cleo is unmoored and alone in dangerous territory. King Gaius advances his plans and a rebel uprising threatens to divide the land again.

I have been continuing this series with the same buddy read group that I read the last book with. We’re more than halfway through now and my review will be up in a week or so. Prepare yourselves friends, because I already know it’ll be another doozy! 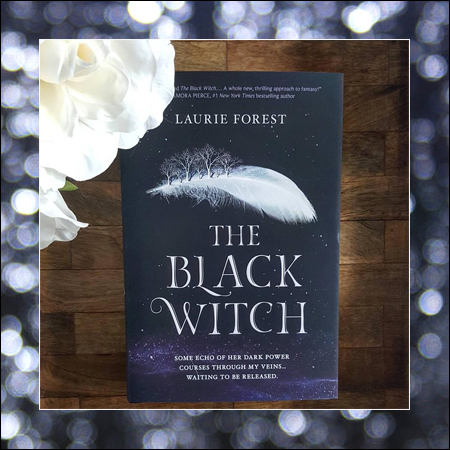 The Black Witch by Laurie Forest

Elloran Gardner, granddaughter of the renowned Black Witch, is given the opportunity to join her brother at Verpax university, eager to build a destiny of her own. But as evil looms and the pressure to live up to her heritage grows, everything Elloran has known is challenged and torn away.

Yes! I’m finally getting to the big controversial book that I’ve been dying to read! I’m buddy reading this one with @frankielovely. I’m really eager to find out if this book deserves all of the ire it’s been getting, or if it’s just an extreme overreaction from the masses. I’m guessing it’s the latter – but we’ll see!

Not a Sound by Heather Gudenkauf

A horrible crime has destroyed Amelia Winn’s life. 2 years prior she was the victim of a hit and run that left her without the ability to hear, and destroyed her marriage and home. Just as she finally begins to pick up the pieces of her life, a disturbing discovery in the woods behind her home threatens to throw her back into the chaos.

I’m actually planning on finishing this up tonight! My review will be posted tomorrow, or Sunday at the latest. I really love that this book has a deaf protagonist. That’s not something you see often. 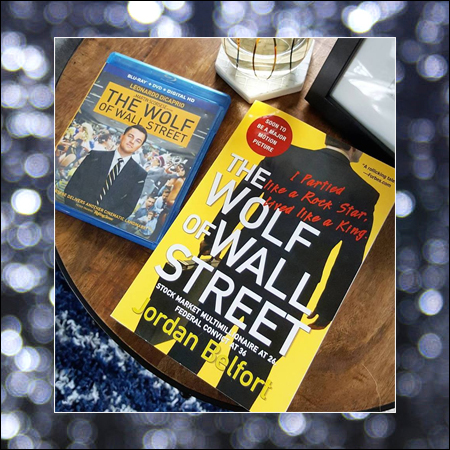 The Wolf of Wall Street by Jordan Belfort

A nonfiction account of Jordan Belfort’s rise and fall, working the stock markets of Wall Street.

This is so not the type of book I’d pick for myself. In fact, I’m only reading it for the final class I am taking to actually get my degree. It’s a required reading for the course. That being said, the movie’s not all that bad so hopefully I can get into the book too. 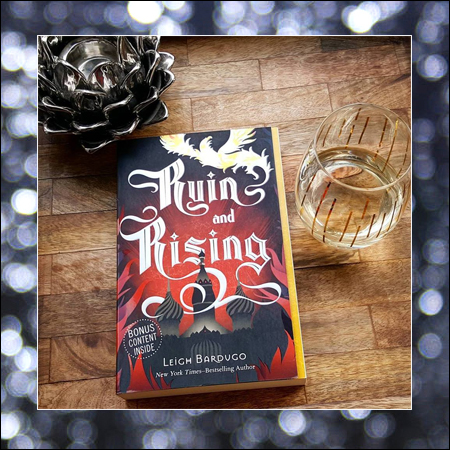 Ruin And Rising (The Grisha Trilogy #3) by Leigh Bardugo

The final installment of the Grisha trilogy. Alina races to find the final amplifier before the Darkling can, but the discovery of a secret threatens to destroy all she thought she knew about the bond they share, and the power she wields.

Continuing the buddy-read with the incomparable Chelsea Humphrey over at The Suspense Is Thrilling Me. Even though I wasn’t the biggest fan of book 2, I have a good feeling about this book and am excited to see how it ends!

The novel adaptation to the movie. The crew of the colony ship, Covenant are bound for another world. What they find instead is a hostile and dangerous threat beyond their wildest imaginations.

One thing you should know about me is that the Alien franchise is far and away my favorite horror/sci-fi franchise ever. It has been since I was a kid. The Xenomorphs are so memorable and terrifying that I can’t get enough of them. I watched Covenant the day it came out and mostly enjoyed it. I’m excited to read the adaptation next!

The second book in the epic fantasy series, set in the Banished Lands.

I refuse to put this one off any longer! I’m starting it next week!!

When Annabeth goes missing, Percy and a few of his friends from Camp Halfblood must work together on a new quest to find her. But before they leave, the Oracle imparts a new prophecy that not everyone will survive to make the journey home.

Woo hoo! I am loving this series and am so excited to see where it goes next!

The Love Interest by Cale Dietrich

Two male spies. One Girl. Whoever doesn’t get the girl will die. Problems arise when both boys discover feelings well outside their training. Feelings that could kill them both.

Ahh! I am so excited about this book! Many thanks to my love Chelsea Humphrey for sending me a copy of this book so I could read it! Seriously. She’s amazing and I’m lucky to call her a friend. Go check out her blog @ The Suspense Is Thrilling Me.

So that’s pretty much it! I am also planning on reading some ARCs this month as well, but I think committing myself to 9 for the month right now is a wise decision since I always seem to stall out at 8! Wish me luck.

Have you read any of these? What did you think of them?