First, the unthinkable: a security breach at a secret U.S. government facility unleashes the monstrous product of a chilling military experiment. Then, the unspeakable: a night of chaos and carnage gives way to sunrise on a nation, and ultimately a world, forever altered. All that remains for the stunned survivors is the long fight ahead and a future ruled by fear—of darkness, of death, of a fate far worse.

As civilization swiftly crumbles into a primal landscape of predators and prey, two people flee in search of sanctuary. FBI agent Brad Wolgast is a good man haunted by what he’s done in the line of duty. Six-year-old orphan Amy Harper Bellafonte is a refugee from the doomed scientific project that has triggered apocalypse. He is determined to protect her from the horror set loose by her captors. But for Amy, escaping the bloody fallout is only the beginning of a much longer odyssey—spanning miles and decades—towards the time and place where she must finish what should never have begun.

I’m going to somewhat blow my whole “objective book reviewer” persona here but I have to say it: I loved this book, and it remains one of my top reads for 2017. I’m not going to say it’s perfectly executed, but it certainly has shot right up the ranks for me due to a number of things, including a wildly engaging story, with such an inventive premise, and twists and turns that blew my mind.

The Passage is a post-apocalyptic thriller that spins the Vampire genre on its head. 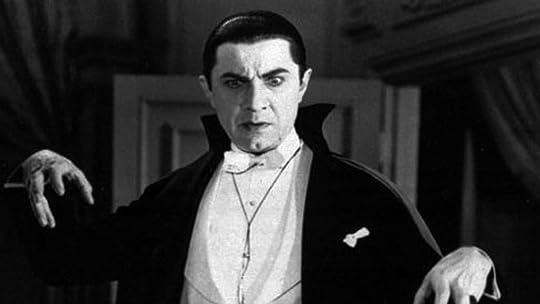 And combines it with this:

(or something quite like it) to create a fascinating new take on the traditional – and increasingly bland – vampires that have saturated horror media for decades. The baddies in this story are threatening and scary and I was completely hooked the entire way through just because I had to know what was going to happen because of them next.

This book was also more than I expected it to be, in a literary sense. I went into it expecting thrilling action and mayhem, and while that does get delivered there are also stunningly written literary moments dispersed throughout. Because as much as this is a story driven by plot, it’s also driven by incredibly developed characters that I believed in and fell in love with, and it’s all tied together with some strong themes underlying the prose.

Cronin weaves themes such as family, parentage and hope seamlessly in to a novel in which darkness and despair is almost all his characters have ever known and it just works. Seriously, it’s so beautifully written that I just took my time relishing in the way its constructed as much as I did in the actual story.

I don’t want to say too much more in this review just because I feel like this is a novel best gone into mostly blind, like I did. I do recognize that it’s probably not for everyone though. The thematic content is incredibly dark and violent the majority of the time so if you’ve got a weak constitution, you might want to find another series to enjoy. If you’re a horror buff, this is definitely the book for you.

My personal review score would probably be 4.5 stars because I felt like some parts of the last 100 pages or so moved a bit too quickly and lost some of the literary charm I’d so enjoyed, but the rest of the book was so good it mostly made up for it in my mind.

Have you read this book? What did you think of it? Have you finished out the series? If so, without spoiling me, tell me what you think of the quality of the next 2 books!

27 thoughts on “{Review} The Passage by Justin Cronin”