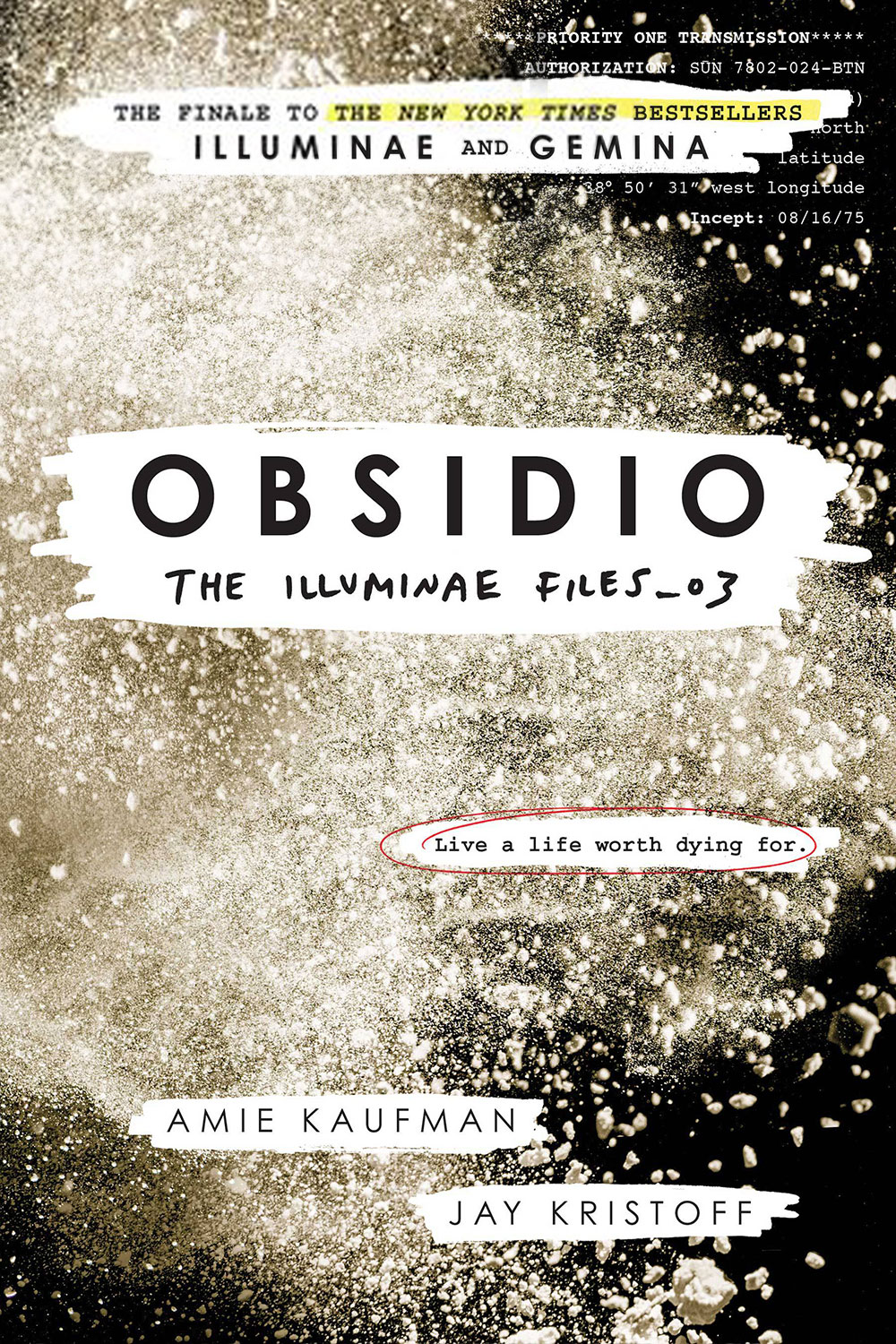 Kady, Ezra, Hanna, and Nik narrowly escaped with their lives from the attacks on Heimdall station and now find themselves crammed with 2,000 refugees on the container ship, Mao. With the jump station destroyed and their resources scarce, the only option is to return to Kerenza—but who knows what they’ll find seven months after the invasion?

Meanwhile, Kady’s cousin, Asha, survived the initial BeiTech assault and has joined Kerenza’s ragtag underground resistance. When Rhys—an old flame from Asha’s past—reappears on Kerenza, the two find themselves on opposite sides of the conflict.

With time running out, a final battle will be waged on land and in space, heroes will fall, and hearts will be broken.

An epic, if slightly bloated conclusion to one of my personal favorite YA series of the last few years!

Amie Kaufman and Jay Kristoff have made their way onto my list of esteemed authors that I will forever respect and look up to. In terms of sheer creativity alone, I often found myself reading this series and just marveling at aspects of it, like the scope of the story; the characters; and the unexpected twists and turns along the way. Of course, the true wonder to me is the amount of planning that must have gone into the series to make this project possible.

It became increasingly clear to me while reading this book that both authors had a goal in mind from page 1 of Illuminae, and this book sort of becomes the fruition of all that planning. Each story thread laid in Illuminae and Gemina is stitched together here as the characters move towards all out war against Bei Tech and their nefarious overlords.

The one issue I had with this book is that it’s almost too ambitious. There are so many characters already in this series, and there was a clear end goal in sight with Gemina, yet Obsidio sort of steps away from that movement in order to: introduce 2 new lead characters and a handful of secondary characters; establish another romantic connection between the leads; revisit old favorites from the previous books in the series; move forward with the war and occupation of Kerenza plot, and various other subplots along the way.

It all felt a bit much, especially during the first 200 or so pages, where all this new information was being established. Personally, I think I would have enjoyed this more if this series had been allowed to become a quartet instead of a trilogy. Picture it: one full book of just Rhys and Asha, allowing them to fight their own battles on their own and for the readers to get to know them, before rounding out the war storyline in a final book all it’s own.

This book at times felt like I imagine one might feel if they tried to watch two seasons of Battlestar Galactica simultaneously. There’s a lot of information thrown at the reader all at once.

There were a number of times that I felt invested in one point of view – like what was happening off-world- only to have the story move rapidly to another POV on Kerenza IV.

That being said, don’t let any fear of the story attempting to do a lot put you off. Once you get used to the new characters and setting, the action in the story begins picking up in leaps and bounds.

Tonally, this is definitely the darkest book out of the trilogy. Illuminae and Gemina were both infused with action-scifi/horror elements, whereas this book is much more grounded in the horror of intergalactic warfare. I appreciated the time that Obsidio often reminds the reader that war is a brutal and tragic thing – and that morality in times of war isn’t so much black and white as it is a morally gray and nebulous thing.

The authors take the time to establish numerous secondary characters in order to remind the reader that no side is “right” in war. It’s just regular people stuck in the middle of events that are much larger than themselves.

The dynamic between the cast of characters remains lighthearted to somewhat temper the bleakness of the plot elements. There is still plenty of comedic banter between the main characters to remind readers that at its heart, this is still a Young Adult series. Kady, Ezra, Hanna and Nik remain as entertaining as ever and often elevated the story back out of the darker depths when the reader needed it the most.

Asha and Rhys’ storyline is the heaviest out of the bunch as they are steeped right in the middle of the occupation of Kerenza IV itself. The question of morality in times of war is a theme that is always present between the characters, and at times it made their dynamic a bit rough to witness. The plot they’re set in is entertaining and their relationship conveys what the authors were attempting to show, but it was so dismal and depressing to me that I just didn’t fall for them like the others, and I wasn’t as invested in where their story would end up.

The ending of the book itself is definitely a satisfying, if somewhat saccharinely sweet conclusion. I did not for one second believe that any of the main cast of teens (7 characters in total) were in any real danger, which sort of reduced the feeling of danger a bit in the final climax of the book. I wanted a bit more tragedy than we got, especially after how dark the rest of the book was.

Still, Obsidio is a worthy conclusion to its predecessors, cementing this series’ place in the annals of history as a young adult series that I’m sure will be considered a classic in the years to come. I’m very anxious to see what both of these authors manage to dream up next. I consider myself a big fan.

Did you love this series as much as I did? Let’s chat about our favorite characters and moments below!

27 thoughts on “Review | Obsidio by Amie Kaufman and Jay Kristoff”