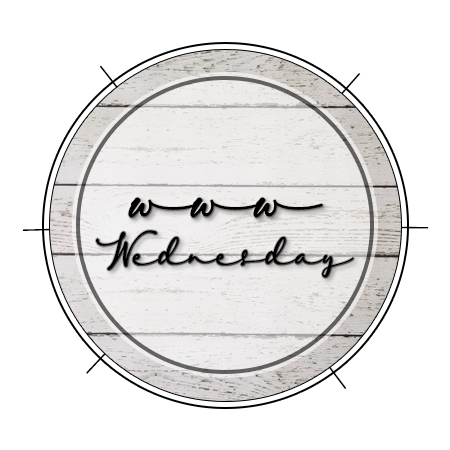 What Are You Currently Reading?

After finishing Kings of the Wyld earlier this month, I knew that I couldn’t wait any longer to start the sequel. Set 6 years after the events of the first novel, and centered around Bloody Rose herself and her band, this novel already has a very different feel – but I’m really liking it so far!

Tam Hashford is tired of working at her local pub, slinging drinks for world-famous mercenaries and listening to the bards sing of adventure and glory in the world beyond her sleepy hometown.

When the biggest mercenary band of all rolls into town, led by the infamous Bloody Rose, Tam jumps at the chance to sign on as their bard. It’s adventure she wants – and adventure she gets as the crew embark on a quest that will end in one of two ways: glory or death.

It’s time to take a walk on the wyld side.

I finally got around to reading The Golden Compass! Only took me nearly 30 years of my life – but I suppose it’s better late than never! What a fun and creative read. It definitely took me to places I hadn’t expected it to! It was also surprisingly dark, and a really interesting early take on the YA formula that is so familiar today.

Lyra is rushing to the cold, far North, where witch clans and armored bears rule. North, where the Gobblers take the children they steal–including her friend Roger. North, where her fearsome uncle Asriel is trying to build a bridge to a parallel world.

Can one small girl make a difference in such great and terrible endeavors? This is Lyra: a savage, a schemer, a liar, and as fierce and true a champion as Roger or Asriel could want–but what Lyra doesn’t know is that to help one of them will be to betray the other.

I officially ordered myself a copy of The Mirror’s Truth by Michael R. Fletcher. I read and loved Beyond Redemption last month, and have to see where these character’s stories are going to turn out in this sequel story! Grimdark fantasy is my absolute favorite, and Fletcher’s stories are drenched in it.

Bedeckt defined himself by the list of crimes he was unwilling to commit. It was such a short list. How could straying from it have gone so wrong?

Bedeckt must undo the damage caused by wandering from his precious list. The Geborene god seeks to remake the world with his obsessive need for cleanliness and perfection, but Bedeckt is going to bring him down. Nothing can stop him. Not even death.

The two friends he abandoned in the Afterdeath chase after Bedeckt, bent on revenge. Psychotic assassins hunt him. Something cold and evil follows, lurking in the clouds above, shredding reality with its delusions. Madness and sanity war, stretching and tearing the very fabric of existence.

The dead shall rise.